Stress test stays at 5.25 per cent despite low default rate 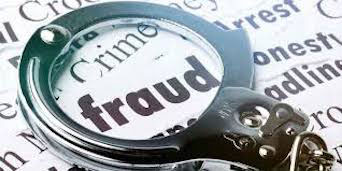 The Office of the Superintendent of Financial Institutions (OSFI) confirmed December 17, 2021, that the minimum qualifying rate for uninsured mortgages will remain the greater of the mortgage contract rate plus 2 per cent, or 5.25 per cent.
This is known as the mortgage stress test and remains in effect, despite Canadian homeowners boasting extremely low default rates.
Uninsured mortgages are residential mortgages with a down payment of 20 per cent or more.
A Canadian Bankers Association (CBA) report released October 14, 2021, revealed that as of July 31 there were only 9,157 mortgages in arrears out of a total of 4.97 million residential mortgages in Canada.
This amounts to a 0.18 per cent default rate—considered low given the traditional Canadian default rate is in the 0.30 per cent range.
A mortgage default occurs when at least three consecutive monthly mortgage payments have been missed.
The CBA found the two provinces with the highest average home prices, Ontario and B.C., also had the lowest mortgage defaults. In Ontario, just 0.07 per cent of mortgages were underwater as of July 31; B.C. had the second-lowest default rate at 0.13 per cent.
“In an environment characterized by increased household indebtedness and low interest rates, it is essential that lenders test their borrowers to ensure that mortgages can continue to be paid during more adverse conditions. This environment supports today's decision to maintain the current minimum qualifying rate,” OSFI stated in a release.
OSFI further noted that it reviews the minimum qualifying rate at least every December. Throughout the year, it continues to monitor the appropriateness of the minimum qualifying rate and will make further adjustments, if conditions warrant.